The best-selling luxury sports SUV from Jaguar gets the SVO makeover. 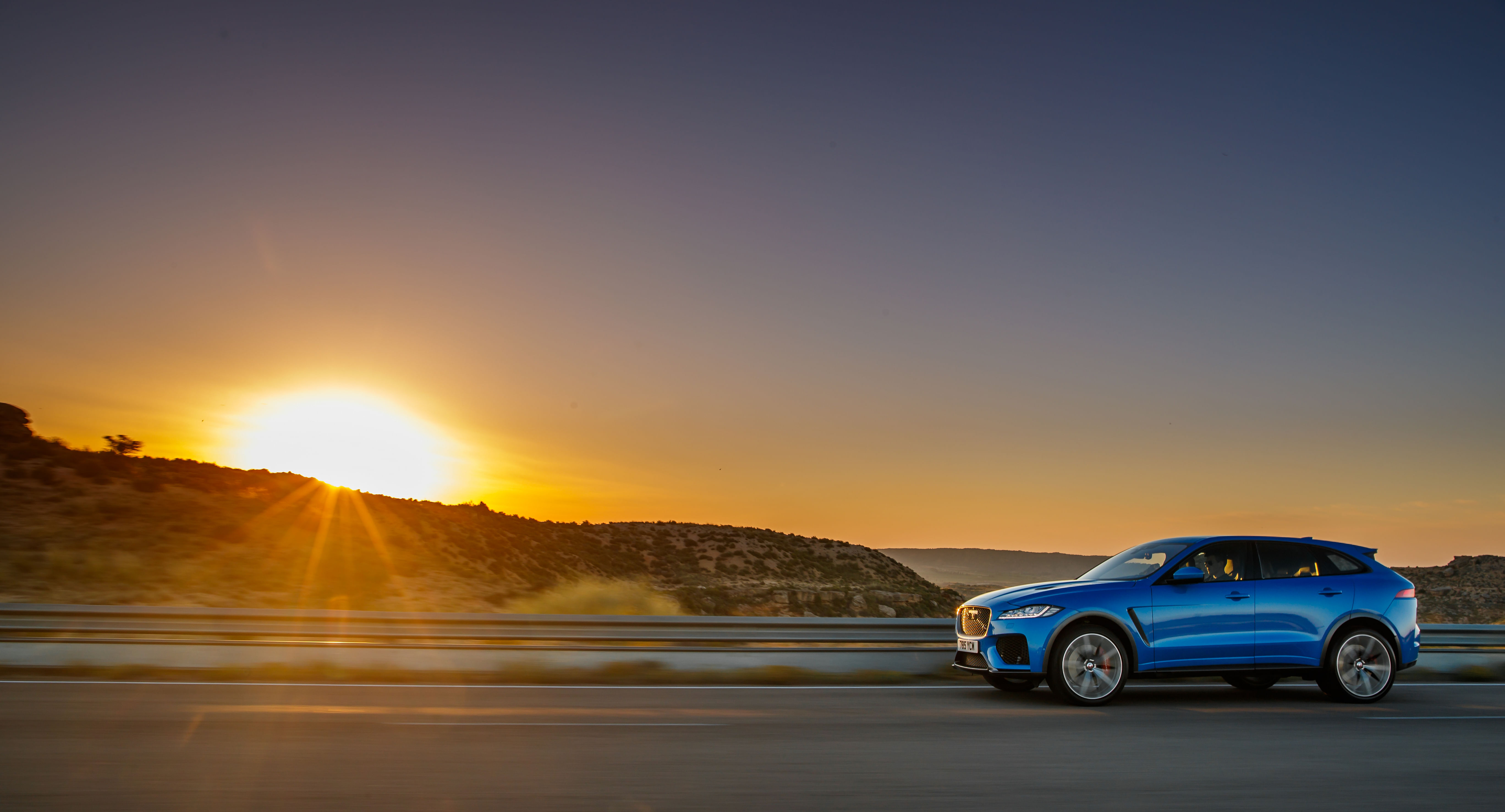 Before Jaguar adopted its moniker, the British marquee was named for a far less ferocious animal – the swallow. The Swallow Sidecar Company was founded in 1922 and made beautiful motorcycle sidecars that closely resembled its eponymous winged counterparts. One sell-out, liquidation and takeover later, the Jaguar brand was formed. Perhaps it was this tumult that inspired the founder William Lyon, to rename the brand after a keystone predator. And much like the big cat, the cars that rolled off Jaguar’s assembly line had grace, space and pace in equal measures.

But, what if you wanted even more ferocity in your drive? That’s when the Special Vehicle Operations (SVO) division comes into the picture. Based in Warwickshire, England, this crack team of 200 automotive specialists rip open different Jaguar models and surgically upgrade their parts, all in the name of speed, dynamism and pure driving exhilaration.

The Jaguar F-Pace SVR is the latest creation that has emerged from under the SVO team’s knife. Launched in 2016, the base F-Pace luxury SUV has become Jaguar’s best-seller, accounting for almost half of the marquee’s global sales. Now that the marquee more known for sharp saloons and pacy sports cars had proven adept in creating an everyday luxury SUV, the challenge was to engineer that same SUV to become an expressive and entertaining automobile.

(Related: A look at the Jaguar F-Type)

After spending a long weekend with the F-Pace SVR, I dare say that Jaguar has achieved its mission. The biggest change is underneath the hood. The engineers have taken out the modest engines found in the base models and replaced it with a 5.0-litre supercharged V8 that’s capable of completing the century sprint in a rapid 4.3 seconds and reaching a top speed of 283kph.

Other significant driving dynamic upgrades include an SVR-tuned chassis with improved shock absorbers that took pretty much everything I threw at it and new massive brake discs in a colour of red that would enrage a bull, or stop one in its tracks.

Speed is useless without handling and in this regard, the F-Pace SVR doesn’t disappoint. Jaguar has outfitted the car with new lightweight forged 22-inch alloy wheels that contribute to better grip and improved turning capabilities. In fact, for such a massive car with a high centre of gravity, the F-Pace tackles corners with remarkable ease and barely any carriage rollover.

The eight-speed Quickshift Automatic Transmission is blazingly fast and responsive, and the SVR-badged steering wheel comes with tactile aluminium paddle shifters should you want to take matters into your own hands. It’s quite clear that the SVO’s experience in modifying sports cars with speedy reputes has lent itself well to the F-Pace SVR.

(Related: Something for collectors – the iconic Jaguar D-Type Classic)

But, if you decide to take it slow, the car is surprisingly docile. My experience with V8-powered automobiles tends to be one of forced restraint. These cars are itching to forge forward, and refused to be reined in by a more subdued driver who might find the experience unsettling. On the other hand, the F-Pace SVR adapts to your driving patterns, thanks to the suite of electronic aids that provide optimum handling no matter the speed or road surface. It’s comfortable enough for a stop-and-start city commute and still be able to set excellent timings on the racetrack. The perfect blend of the graceful swallow and the ferocious jaguar.