The award-winning author of Delayed Rays of a Star finds true inspiration in her imagination. 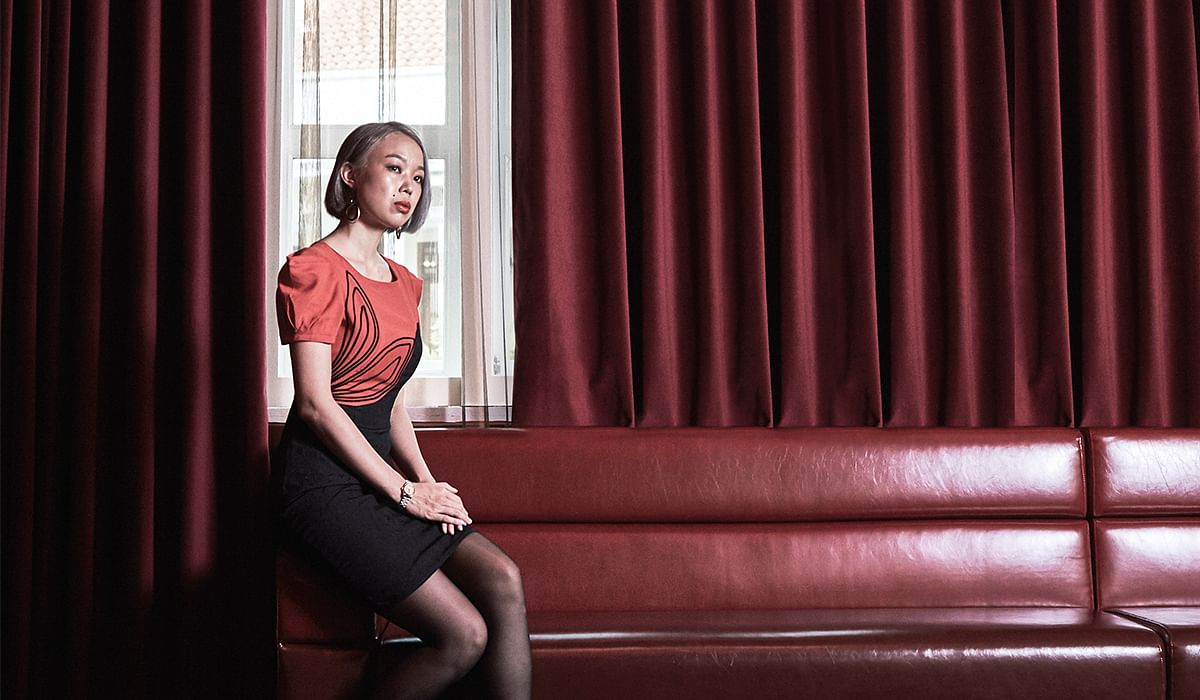 Over the past four years, author Amanda Lee Koe spent time in New York City, Berlin, Switzerland and Thailand as she worked on her debut novel, Delayed Rays of a Star. This was not so much because she sought inspiration, rather the places provided the right settings for her as she pieced together her masterpiece. Lee Koe’s vivid imagination provided her with enough source material to bring her characters to life.

“People say you need to be in a constant state of inspiration. But for me, you have to be able to contain these small worlds inside of you and sustain it wherever and whenever you are,” says the 31-year-old, during an interview with The Peak at members’ club Straits Clan, where she had a book launch event.

“When I am in New York, I’m not writing from the flavour of the city – it is a blank slate for me,” says Lee Koe, who moved to the city in 2014 to pursue a master’s degree in fiction writing at Columbia University. By then, her short story collection Ministry of Moral Panic, had already won the Singapore Literature Prize for English Fiction.

“When my partner was filming Pop Aye in Thailand, I was there feeding mosquitoes and perspiring in a field of lalang while writing. You just have to be strong and consistent to be able to deliver.”

The novel, which was published by American publisher Doubleday in July, was sparked by an Alfred Eisenstaedt photograph of film star Marlene Dietrich; Anna May Wong, the first Chinese-American starlet in Hollywood; and Leni Riefenstahl, who is today infamous for directing Nazi films. Besides garnering rave reviews in the media including NPR and Kirkus Reviews, the book was No. 1 on Kinokuniya’s bestselling list for eight consecutive weeks.

In a way, this maverick writer has always escaped into worlds of her own creation. She has spoken about her challenging adolescence in Singapore, where she “couldn’t seem to ever do anything right”. To give herself a “sense of agency”, the young Lee Koe would devise ways to express herself.

Recalling her antics with a delighted cackle, she says: “In primary school, I was into Egyptian hieroglyphs, so I created my own symbols to spell my name. In secondary school, I learnt to bandage my ankle convincingly and walk with a limp so I could wear a pair of stupid stripey sandals (instead of school shoes). That made me so happy.”

These little acts of rebellion allowed her to feel free. “I think it is important for people to not mould themselves to the environment they are in or expect the environment to trigger a gigantic change – romance won’t come to you in Paris, nor will relaxation in Bali. You find what you seek in yourself.”

What keeps her rooted to Singapore are her parents who have always been supportive of her artistic inclinations. They were a constant presence at her various promotional activities here. Her mother, who used to fall asleep while reading Grimm’s fairy tales and stories of Greek mythology to her as a child, lapped up Delayed Rays of a Star in a week. Lee Koe says: “I was really amazed by the miracles of a mother’s love. She transcended herself to read this piece of modernist literary fiction with a non-linear structure just because her daughter wrote it and she wanted to be a part of her daughter’s artistic process.”

An introvert at heart, she recharges by deep diving into the creative arts. “Reading a good book is always restorative, as is discovering new music or looking back on old albums that I’ve enjoyed. I feel these things are so mobile and available wherever you may be.”