Craftsman-at-heart Morgan Yeo relies on his monogrammed Tumi Tahoe Backpack to get him through his busy daily schedule. 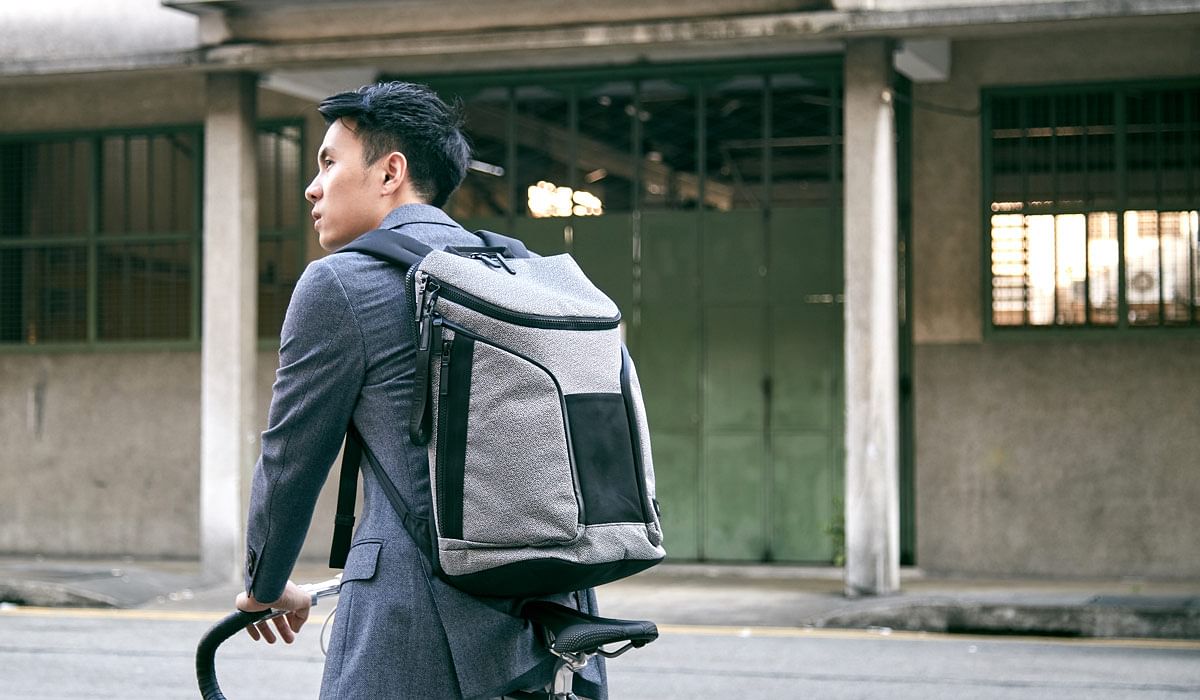 [dropcap size=small]N[/dropcap]o one really thinks about how a box is made. Morgan Yeo can spend days obsessing over just that. “Carpenters across the world can make a box that looks the same, but the way they are constructed will be different. And it’s not even as easy as it sounds because you have to consider the millimetres that are lost during cutting – if you’re off by even 1mm, the surfaces won’t be flush,” he explains. 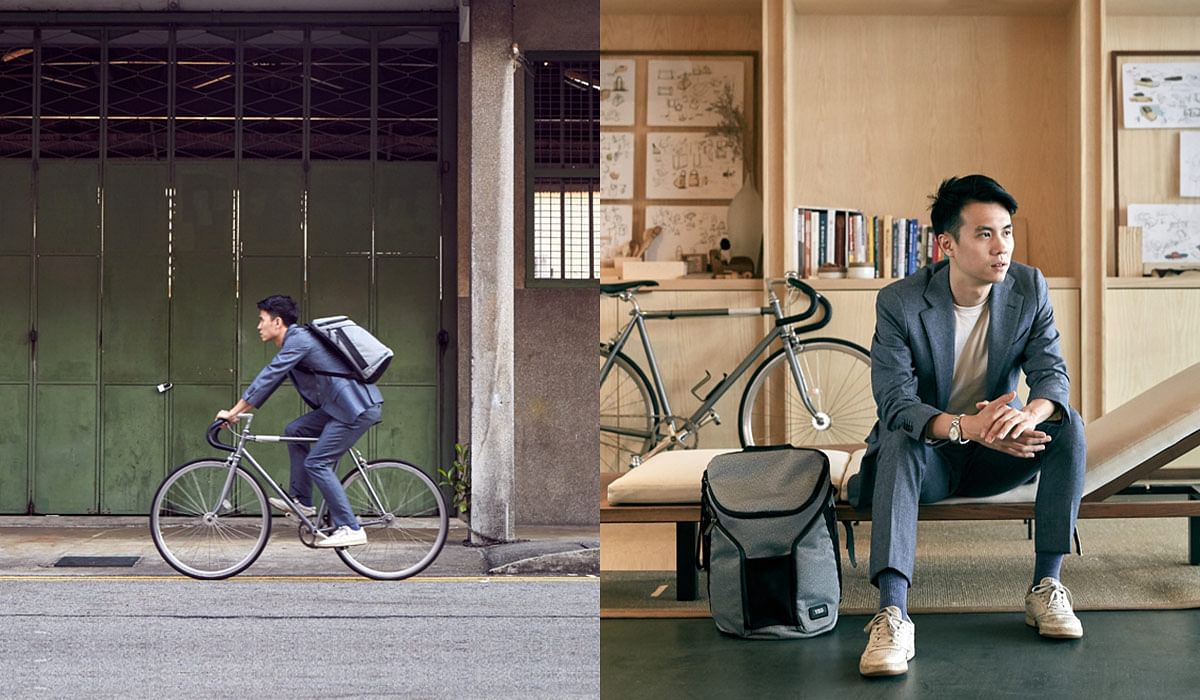 As director of Roger&Sons, a rebranded family business that’s transitioned from traditional carpentry to one that specialises in bespoke furniture, thinking about woodworking techniques and finishes is both a duty and a passion for the 31-year-old. And for the last five years he’s had his hands full developing new business strategies, finding clients and overseeing the marketing and operations his two younger brothers take care of. “It may be a family business but it’s pretty much a startup, which means my hands have to be in everything,” he says.

Now that the company’s new showroom and event space has been set up on King George’s Avenue, Roger&Sons will be expanding into workshops and collaborative events with craftsmen of other trades, thus keeping Yeo largely island-bound. But in spite of that fact, Yeo’s most hardworking accessory comes from luggage and travel bag authority Tumi. His “static grey” Tahoe Backpack, monogrammed with his last name, is basically the only bag he uses.

“Since I joined the industry I’ve realised the importance of quality over quantity,” he says. “I will tell my clients that if they can, they should fork out a little more for say, one of our dining tables, because we will be able to refurbish it whenever necessary so that they will be able to pass it on to the next generation.”

The same philosophy applies to items he gets for himself. “Rather than buy a dozen pens like I used to, I’ll invest in one really good pen and use it for as long as it can last. Likewise with bags. It’s not like I can carry 20 different bags, and I’d rather not have to keep transferring my items from one bag to another every day,” he says.

(Related: Tumi’s new eco-friendly luggage collection is made from 70 per cent recycled materials)

Yeo admits he’s a simple man, so for a long time he relied on his company’s tote bag. “Everything was just a mess in there,” he says, which is why he appreciates the Tahoe’s many compartments, which includes pockets for cards, pen loops, 15-inch laptop and a back quick-access phone pocket with a magnetic snap. “I’m always carrying around my drawings and work documents, water bottle, laptop, stationery, chalk holders and measuring tapes, so the bag keeps me organised and efficient.”

Though his role at Roger&Sons is largely administrative and sales-driven, Yeo is still a craftsman at heart. “The work we do trains me to pay attention to details. We’ve made boxes with hidden magnets in the lids so that opening them gives the user a nice feel and sound,” he explains. “So when I received the Tumi Tahoe Backpack, I noticed how comfortable it was to carry, the fact that the rain cover is unobtrusively stored at the base of the bag, the zips move smoothly and not a single thread was out of place. It’s just really well-made.”

Before the many demands of running a family business started to dominate his schedule, Yeo would challenge himself with the occasional triathlon, and has even completed a Half Ironman. He may not have the time to train for those now, but still regularly cycles and plays football every week. “I couldn’t carry the tote while cycling or riding my motorcycle so I wound up putting the whole thing into another backpack. Now the Tahoe follows me everywhere — it’s the one bag to rule them all.”