Need something less ostentatious without sacrificing fun? This may just be the answer. By John Toh. 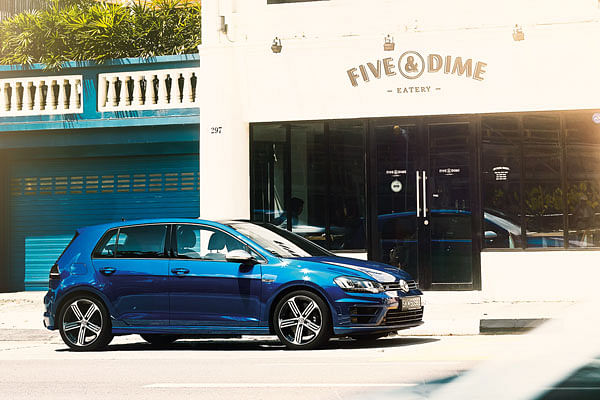 There are times when blasting into the office carpark in a flashy Four-Ringer or Blue Roundel doesn’t quite bode well for the morale of your staff. Especially when the recent bonus payout was thinner than previous years’.

But that doesn’t mean you have to give up on your thrills commuting to work.

Volkswagen (VW) has a car that would fit the bill quite nicely. It’s called the Golf R – a souped-up model of the brand’s hot hatch, the GTI.

To the undiscerning, it’s hard to tell the two apart. Subtle differences include the additional air vents on the front bumper and the silver side- mirror covers. The Golf R has also done away with the honeycomb grille for neater slats. In the rear, a quad exhaust system takes the place of the twin pipes on the regular GTI.

These minor tweaks give the Golf R a more mature look – which means you won’t be caught looking like you’re in a boy-racer mobile. But don’t let its modest appearance fool you.

On the inside, the Golf R has luxuries like soft, supple Vienna leather wrapping the sports seats. The cabin is also embellished with “go-faster” cosmetic bits like dark piano trimmings and faux carbon-fibre inserts. The flat-bottomed steering wheel is wrapped with leather, complete with contrasting white stitches. You could almost forget that you were in a car made by a mass-market brand – until your passenger makes a remark about having to adjust her seat manually, instead of using the familiar seat-adjustment switches. 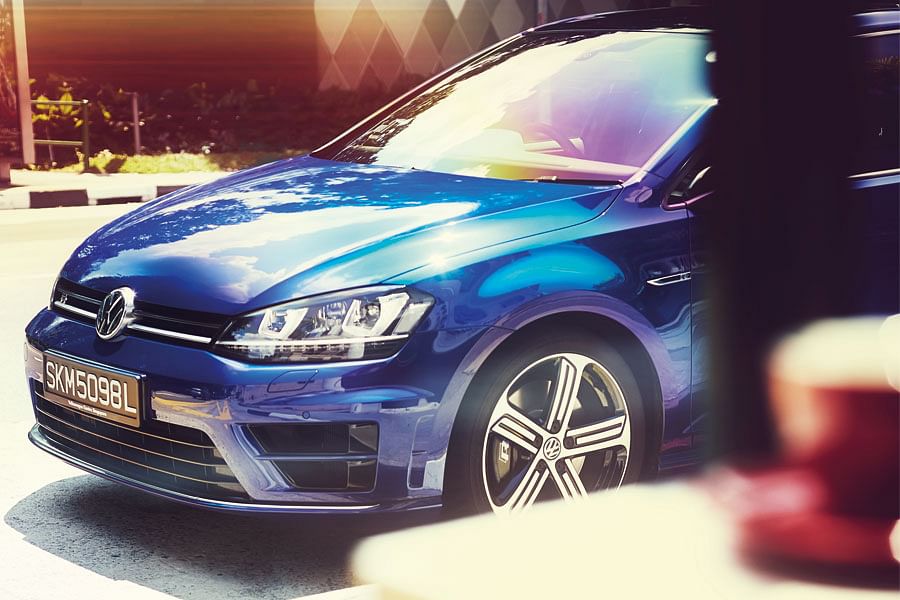 Sporting a mature appearance, the Golf R struts its stuff as soon as the engine is fired up.

At just below quarter of a million dollars, the Golf R is the most expensive compact VW. It’s a good thing it doesn’t look like that on the outside. We are trying to keep a low profile, remember?

The magic really happens when you fire up the engine. The moment you open the doors, the eye- catching blue needles glow (in the dark). It sweeps through the entire speedometer, tapping the 320kmh mark before swinging back to zero. Nudge the engine start button and the 2-litre engine burbles to life. The exhaust note sounds rumbly, in part due to the synthetic sound piped into the cabin to create a more sporty soundtrack.

Despite its small capacity, VW engineers from the R division have reworked the internals to yield better fuel efficiency, yet produce more power than the garden-variety GTI. But who really cares about consumption figures in a car like this? You’ll want to wring every bit of its 280bhp on tap, which is 60 more than the usual for GTIs. What’s equally impressive is the 30Nm bump in torque from 350Nm to 380Nm – all from a four-cylinder powerplant. It can do the benchmark 0-100kmh sprint in five seconds flat.

All that power is put on the tarmac on all four wheels, and this is what sets the Golf R apart. The drivetrain is able to transfer power to where it’s needed the most. If that isn’t enough, VW has what it calls Electronic Differential System that uses the brakes at each wheel to modulate the power delivery for best grip. And, as if there isn’t enough nannying, there’s also the XDS+ system that increases the car’s surefootedness around corners, by applying brakes to the wheels with least loads. Without being too technical, it all translates into a road-hugging ride as if it were on tracks. 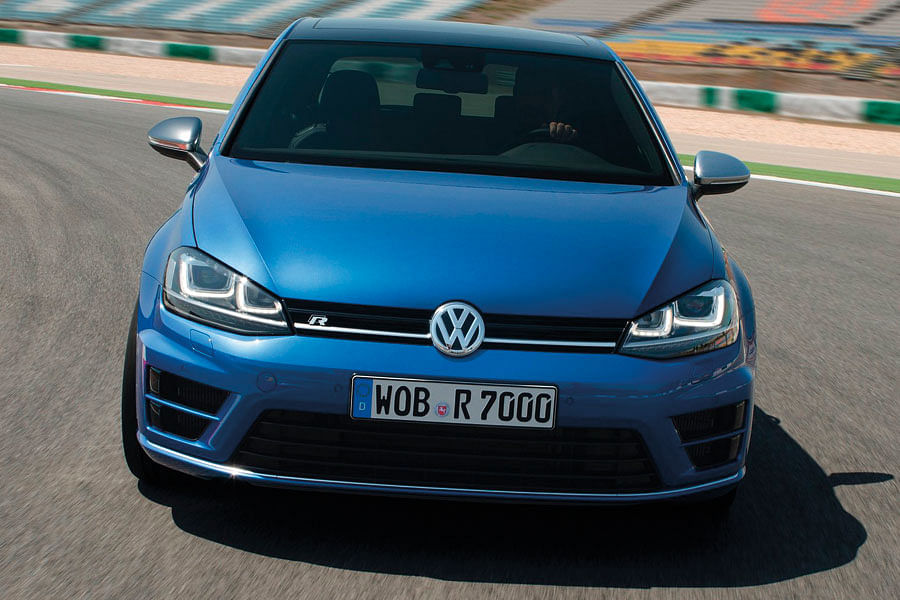 This is also attributed to the wonderful chassis that underpins cars like Audi’s A3/S3 and the upcoming RS3 and TT. Despite its sticky paws, the Golf R is able to smooth out the roads with its adjustable suspension system. While the hardest setting is best saved for sprinting jaunts, the comfort mode is extremely relaxed on the highways or while cruising. The steering is sharp as well, with a point-and-shoot disposition. Just turn the wheel where you want to go and it obeys quickly. It’s very communicative, and you’ll always feel on top of everything.

Such superb driving sensations don’t come often at this price range. In fact, it is not unusual for sports cars, which cost more than double or even triple, to miss the mark. With a nondescript badge and looks of a rather common car, the Golf R is a good disguise for those wanting a stellar- performance car, without appearing to have cut a disproportionately large pay cheque for oneself. Your staff will be none the wiser.