What’s special about these 4 new co-working spaces in Singapore?

Core Collective, Paperwork, Silo and WeWork stray away from the norms when it comes to the services offered at its co-working spaces. 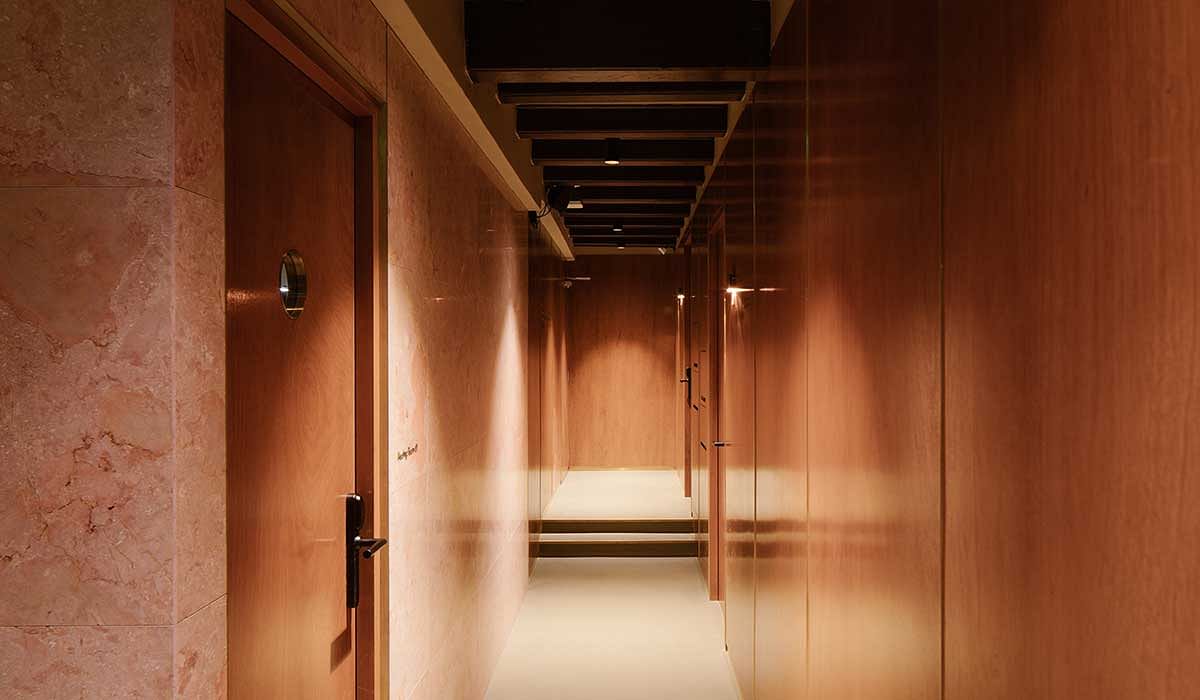 [dropcap size=small]W[/dropcap]hen they first appeared in Singapore around 2011, co-working spaces were hailed as the new way to work. They appealed to start-ups, particularly in the tech sector, who needed a space without busting their budget. Freelancers jumped on the bandwagon, especially those who couldn’t work from home, and found coffee joints to be just too noisy. In a co-working space, the person sitting beside you was often a stranger but before long you would be friends, united by a common purpose and needs.

At the time, co-working spaces were casual affairs with a collegiate feel, with hot desks, some private offices and randomly thrown beanbags in a lounge area. It was all very bohemian, very millennial-centric. These early co-working spaces such as HackerspaceSG, SmartSpace and Cowork@SG are still thriving today.

Along the way, co-working spaces got better-looking as the concept attracted those beyond tech startups namely entrepreneurs, SMEs and even larger companies. Such was the clientele that spaces like The Great Room cater to, with premises at One George Street, and Centennial Tower that look like upscale hotel lobbies rather than functional office spaces.

According to a report from Colliers International, there were 113 co-working spaces in the CBD alone at the end of 2017.

Colliers International’s head of office services, Duncan White, said in an earlier report that beyond the aesthetics and frills, co-working provides flexibility, allowing occupiers to directly correlate their headcount to real estate costs, and move away from long-term, fixed contracts.

Since December 2017, four new co-working spaces have popped up, and they are taking the concept to the next level.

Core Collective at Anson Road looks nothing like what you would expect from a co-working space. Instead of offices and hot desks, there are Pilates Reformer machines and treatment rooms. The space is targeted at professionals in the fitness and wellness sector.

Founder Michelle Yong says: “There is a gap in the co-working space for healthcare professionals like osteopaths, physiotherapists and personal trainers.”

She is no stranger to co-working spaces, having set up Collision 8 at High Street Centre – targeted at innovators, in 2016.

(RELATED: Collision 8 is a Co-working space that matchmakes its members)

Chiropractor Kevin Tomassini runs his clinic at Core Collective. He chose to open his clinic here as the set up cost is lower compared to setting up a clinic on his own, since the equipment that he needs is provided. “More importantly, having several wellness professionals in the same space, means I can cross refer my clients to them when necessary,” he says.

Pilates instructor I Rene Pung likes the community-like environment. “Core Collective provides my clients with a one stop shop with the variety of classes and services offered,” says Ms Pung.

Even though Core Collective just started, Ms Yong says she already has had interest from other building owners to open a similar space in their properties.

Over at Paperwork at the National Design Centre, co-founder Narita Cheah created the space for design studios and creatives.

Ms Cheah, who is also a co-founder and director at design collective Paperspace, says she has always felt that the design world is an unnecessarily competitive industry, and brilliant ideas or valuable knowledge often languish in desk drawers or go to waste because they are not shared amongst the industry.

“Paperwork is a place that brings together various design studios, independent designers and freelancers to bounce ideas off each other, and simply share knowledge and experiences,” says Ms Cheah. “It is a much-needed platform for the creative community here, as it provides them with the resources and support designers need to do their best work.”

Paperwork has branches in Manila and Bangkok, and its Singapore tenants can also tap on these overseas resources, which not all other co-working spaces offer. They also have access to a Materials Library, which offers a vast range of product catalogues, swatches, samples and different reference media from Paperwork’s partner merchants.

As Ms Cheah is a firm believer of collaborations, Paperspace also helps its tenants find work.

Its tenants have collaborated together on projects for Google and Facebook. All project collaborations are led by Paperspace co-founders, who match the right skill sets and personalities together.

“With our many years of experience in design, our strength lies in curating the best teams for specific projects, as well as liaising with clients to ask the right questions and define project goals,” says Ms Cheah.

Having set up three co-working spaces across South-east Asia, Ms Cheah firmly believes that such spaces are the way for offices to go.

“The working environment has evolved beyond traditional operator models and co-working will continue to grow as more corporations deploy co-working as part of their business strategy,” she says. “Increasingly, corporations are recognising that co-working, or co-creation as we like to term it, is a way to ignite innovation and creativity through partnerships both external and internal.”

US-based WeWork is fast expanding in Singapore. It opened in Beach Road in December 2017, and will add another three more spaces by the end of this year. Its Beach Road space has 700 desks, and is “very full”, according to Turochas Fuad, its South-east Asia managing director.

“We are a global community. Our mission is to help create a world where people make a life, not just a living,” says Mr Fuad.

Some of its tenants include global companies operating in Singapore such as HP Inc, as well as start ups and SMEs such as PolicyPal, StashAway and Wantedly. Mr Fuad says WeWork’s members from different industries help each other’s businesses thrive by sharing advice, business ideas and even services. “The more people in our community, the more opportunities for connection and collaboration for our members,” he says.

Mr Fuad notes that there is a global shift towards finding meaning and creating more fulfilling work experiences and environments, and WeWork prides itself on being smart about the way they design their spaces. “We do so with live, work and play in mind,” he says.

While co-working spaces hawk buzz words such as “collaborations, and “community”, one player is going the other way.

SILO at Temple Street, declares itself as the antithesis of a co-working space. Co-founder YC Teo says it is an office by introverts, for introverts. Mr Teo and his partner Stacy Tan are creating an alternative working space for businesses that value luxury and privacy.

You could still collaborate with fellow tenants if you want to, but no one will give you a dirty look if you prefer to work in your own space. As Mr Teo explains: “We designed SILO for ‘introverted’ businesses that want to focus on getting work done without the stresses of overt social interactions with external parties. The goal is to create a meditative space for companies to be able to fully concentrate on their work.”

But why not just rent a space in an office building? Mr Teo explains that at SILO, leases can be as short as one month.

He firmly believes that there are other businesses that would appreciate the same values of working smart in a contemplative environment that appreciates privacy and productivity.

One happy tenant is Yaw Bin Hua, creative director at Restless, a design studio that specialises in branding and digital design.

Mr Yaw had his offices in co-working spaces before, where the environment was vibrant and bustling. But he likes how SILO offers a “nice balance of activity and peace. It’s a very thoughtful space – we’ve got everything we need to get our work done and more.”

Instead of hot desks and private offices, this co-working space has treatment beds, consultation rooms, a fully equipped gym, specialised studios for yoga, Pilates and TRX and even a boxing ring. Only tenants, or residents as they are called, from the fitness and wellness industry can take up a space here.

Core Collective takes up three floors in an office building. On the first floor is a multi-functional space for workshops and group exercise classes.

The Wellness Level is dedicated to treatments and therapy. Among the wellness residents on this level are two chiropractors, a nutritionist, a meditation teacher, a physiotherapist, a psychologist, a BodyTalk practitioner, and a TCM practitioner.

On the dedicated Fitness Level, trainers get access to the functional training area, weights area and boxing, which allows them to do personal training with their clients. There are also studios for yoga, barre, TRX and Pilates.

Say you are a young design firm and looking to set up office. You want to be around other designers so that you can feed off each other’s creative juices and constantly feel inspired. You feel that joining a co-working space would be right. But with so many around, which do you choose?

Paperwork is set up specifically for design studios and creatives and is founded by Paperspace, a design collective that spans Singapore, Thailand and the Philippines.

Tenants can choose from hot desking to flexible or dedicated desks, or even a private suite if they choose to. The 3,500 sq ft space can seat 60 people, and has been designed to foster seamless exchanges and workflows. Through moveable partitions and modular furniture, the space can be transformed to hold events, create individual capsules and group gatherings.

Step into SILO (as pictured above) and you may mistake it for a chic boutique hotel. The room numbers are discreetly placed on wooden doors, there are sun-lit spots in the building where you can lounge back with a newspaper in hand, and a drinks area that is clad entirely in black.

But SILO is not your next staycation location. There are 13 private offices spread across three shophouses. Depending on the size, the offices can accommodate from two to eight people. In addition, there are two meeting rooms.

Some of the offices come with ensuite private pantries equipped with fridges and microwave ovens. Each office has its own TV screen for when work needs to be shared. Rooms come with height-adjustable tables, wardrobes, and a specially-designed slot to collect any snail mail.

WeWork’s spaces look more like hip cafes and living rooms than offices. Turochas Fuad, managing director of WeWork Southeast Asia says: “Over the last eight years, we have reinvented the modern office space and the ways in which people approach work every day.” WeWork has a global interdisciplinary team of in-house specialists that shape each location’s workplace and living design.