Why Vintage Cars Are Hotter Buys Than Ever 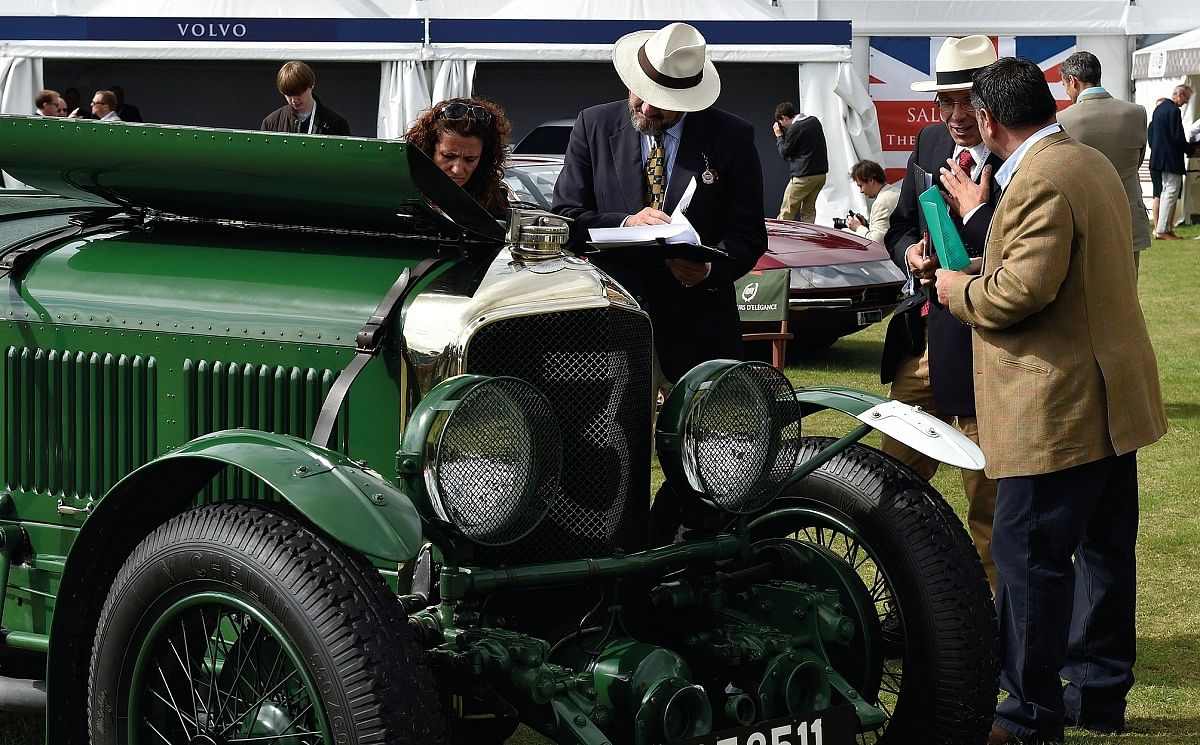 [dropcap size=big]A[/dropcap]s the driver eased down the accelerator, the engine growled out a throaty purr, sending murmurs of delight through the gathered crowd. The spectators, resplendent in polka-dot neck ties, tweed blazers and two-toned brogues, or elegant dresses and finely feathered hats, clinked glasses of champagne as they admired the work of art before them: a lovingly restored ocean-blue Jaguar E-Type Roadster from 1967.

The car was entered into the “Wind in Your Hair” contest in the Concours d’Elegance at Salon Prive. This is the UK’s most prestigious luxury car event, which celebrated its 10th anniversary in late summer this year in a stunning new location at Blenheim Palace. Built in the early 1700s in English baroque style, the palace, an hour from London in the Oxfordshire countryside, is one of the UK’s most splendid buildings, and is also notable as the ancestral home of Sir Winston Churchill.

Surrounded by perfectly manicured lawns, the palace is the perfect setting for an event that aims to showcase some of the world’s most desirable classic and contemporary vehicles to aficionados looking to start or expand a collection.

Heritage cars are proving to be excellent investments. Classic cars were the top-performing asset class in property consultancy Knight Frank’s Luxury Investment Index last year, rising by 16 per cent during 2014. The index rose overall by 10 per cent last year, growing by a very healthy 205 per cent over the past 10 years.

Moreover, classic cars have been the strongest performer over both the long and short term. The Historic Automobile Group, known for its classic car indexes, has shown that the market for the very rarest of classic cars has risen by an astounding 487 per cent over the past 10 years, and grew 16 per cent last year. This is somewhat of a slowdown, however, following the index’s staggering 47 per cent surge the year before.

While prices seem to be stabilising, a 1962 Ferrari 250 GTO Berlinetta set a new world record when it went under the hammer for US$38 million (S$54 million) at the Bonhams Quail Lodge sale in California in August.

The demand for more modern classic cars is often driven by younger buyers. “More traditional collectors tend to buy cars from the 1950s and 60s, but it is people in their 40s and 50s – the people who are now dominating the market – that are buying cars from the 1970s, 80s and 90s,” says Nick Whale, managing director at Silverstone Auctions, which specialises in the sale of classic cars, modern supercars, motorcycles and automotive memorabilia.

While classic Porsche models performed most strongly last year, younger buyers are choosing to invest in modern supercars such as the Lamborghini Countach and Ferrari F40.

Supercars from the 1970s and 80s such as the Ferrari F40 are popular with younger buyers.

It is rich young car lovers that are likely to be the ones that will buoy sales of classic cars in Asia. “Asia is an untapped market for us,” says Whale. “Looking ahead, the very top end of the market, at the £1 million mark, is difficult. Very few people can afford such sums, and most of those who can, have already bought.”

Classic cars have moved from being a dirty hobby for old men tinkering over oily parts in their garage to becoming a lifestyle that goes hand in hand with such sought-after activities as polo and golf. It is a lifestyle that Asians, as well as Europeans, are embracing.

“People in some parts of Asia are behind the curve, in terms of appreciation for classic cars… they did not grow up reading about racing heroes such as Stirling Moss, as British children did, for example,” says James Knight, group motoring director at auction house Bonhams.

“There are a small number of collectors in Asia, but they are not game-changers. They contribute but the global market is mainly underpinned by European and US markets. Nevertheless, Asian classic car lovers are becoming learned in very quick time. They are showing a voracious appetite for knowledge.”

Cars sold at events like Goodwood Revival are more than just for a drive, but for an experience in history.

Hong Kong has always shown demand for classic cars, perhaps due to the historical British influence in the territory, and, still today, there are “more active collectors in Hong Kong than in the whole of China”, says Knight. There are a few collectors in Singapore, but, with the prohibitively high tax, importing cars is out of the reach for most car lovers.

Still, Bonhams, the largest international auction house to hold dedicated auctions of classic cars, motorcycles and related memorabilia, held its first motoring auction in Asia in Singapore in September. It was a charity event for nonprofit organisation Peace One Day, in which a 2011 Lotus E20 F1 racing car was transformed into a modern art piece by renowned Brazilian artist Romero Britto. The car sold for close to US$64,000.

Those in the classic car business say that they often see a difference in the motivation of Eastern and Western car buyers: status versus enjoyment.

“The average Western collector wants to own a car that he can drive out to the Cotswolds, stop for a pub lunch, and drive back home, whereas I have seen Middle Eastern and Asian buyers buy a car to be parked in a garage and looked at. There is pride of ownership, rather than enjoying the driving experience,” says Knight.

“I think this is a pity. I would love to see more foreign nationals coming to classic car events such as Goodwood Revival here in the UK that showcase the whole experience of having a beautiful old car and the thrill of driving it on a race track or just into the countryside.”

Like “tea from Harrods, the Queen, and 007”, classic cars such as Bentleys, Aston Martins, Jaguars and Rolls-Royces are “icons of Britishness” says Barton Hilton. “Driving one of these cars is experiencing history.”

The top five public auction car sales all took place in the last five years, with Ferrari dominating, ceding only one place – second position – to Mercedes-Benz. 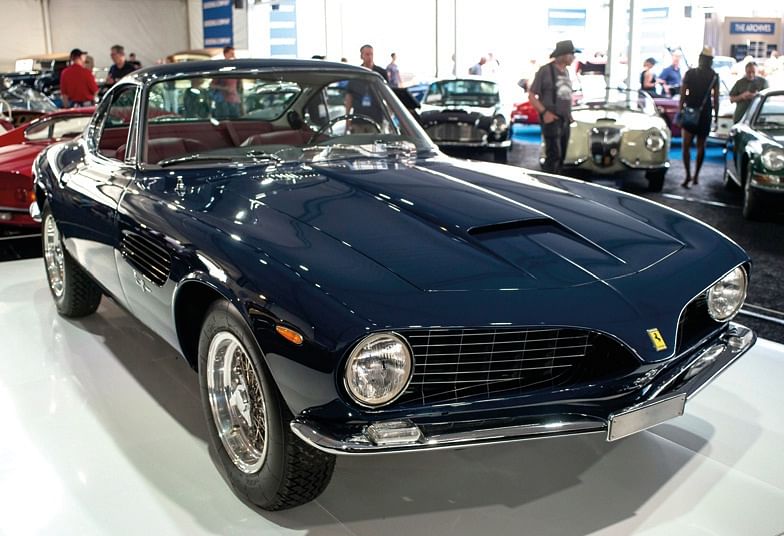 The car set a world record this year for being the most expensive car in history to be sold. It was formerly owned by racing drivers Jo Schlesser and Henri Oreiller who drove the car to second place in the 1962 Tour de France. Oreiller later crashed fatally in it. Mountain-climb racer Paolo Colombo then purchased the car, selling it later to another amateur owner/driver, Ernesto Prinoth, who embarked on mixed hill-climbing and circuit racing. The much-loved Ferrari enthusiast, Fabrizio Violati, purchased the car in 1965 for US$4,000, which equates to US$33,500 today. The car stayed in the family until it was sold last year. 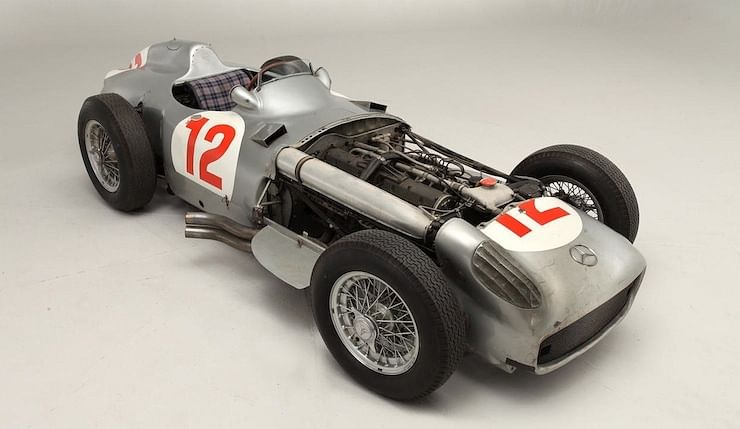